Have questions on how to fix your machine or what products to use? This is the place to ask for help.
Post Reply
9 posts • Page 1 of 1

So turned on my Gorgar tonight. had not been on in a few weeks. Played for a bit, then the sound became very static like, really bad. The voice could barely be heard, but normal game sounds are ok, proper volume. I cleaned the volume pot, and now the static is gone...but the speech is barely audible at all, like 1/10th of 1. I tried reseating all connectors, but nothinh had been touched, reseated chips on sound boards etc, checked connectors all around .speech is super low. Any ideas?.
Top

With power off, I would try to reseat the sound board's ribbon cable, and push on the EPROMs first.
Then check electrolytic caps...

You mentioned cleaning the volume pot but there's actually two pots involved in this, one for master volume, and another one on the speech board itself for "balance control".
Playing: Stern Stars, Stranger Things
http://www.pinballowners.com/tinyrodent
Top

the voice is there, just very very low, I have tried all above with the exception of the op amp. Trying to source one now, any recommendations?
Top

ANNNDDDD fixed !!! I was pushing on the amp chips and noticed the heavy static would return, so I removed the board and reflowed solder for the 2 , and BOOM...Gorgar speaks !!. Much thanks to all that took time to reply !!


EDIT....Played a few games and Gorgar lost his voice again...sigh

reflowed solder on ribbon cable connectors and all molex connectors on top of sound board...working again..

I had a Gorgar years ago when I knew nothing about SS games (25 years later I now know next to nothing) and it made no sound at all. Game played fine, just quietly. Had the sound board looked at by someone who knew electronics and other than a couple of IC's where in backwards could not see anything obvious - but he was not a pinball guy. Popped the board back in, still quiet. Oh well.

Not long after I had the game on and for some reason was running the self test on the sound board, nothing went about looking at something else, don't think I was even looking at the pinball when I heard some very faint Robotron like sounds coming from the pin. Could it be something as simple as the volume? Again, knowing nothing about the way these things really work I decided to try No resistance instead of variable resistance. ie. I shorted two lugs from the potentiometer with needle nose pliers. My two year old son who was walking by at the time noticed the effects almost immediately as he happened to be walking past the front of the machine as Gorgar spoke for the first time - at full volume.

If you recall the Maxell ads from the 80's - that was the same effect it had on him.

I still wonder if that was the reason he never quite took an interest in pinball.
"Stern's biggest target demographic is men in their late forties and fifties, who might not be very skilled but are easily seduced by flashing lights, flippers and nostalgia." Corey McPherrin, FOX Chicago News
Top

I really like techno music, one day I discover this Detroit artist Omar S. On the album cover for "Omar S The Best" hes looking at some oddly familiar electronics, a backbox! After more digging I found out his family used to have an arcade and Omar S is very fond of the game Gorgar, and modded his machine for superior sound. I am not sure what he did but I found a picture where can see accoustic pannels on the ceiling above his machine. This guy cares about sound. He also named a song "Flying Gorgars. Anyways, I love his music and I thought I would share. 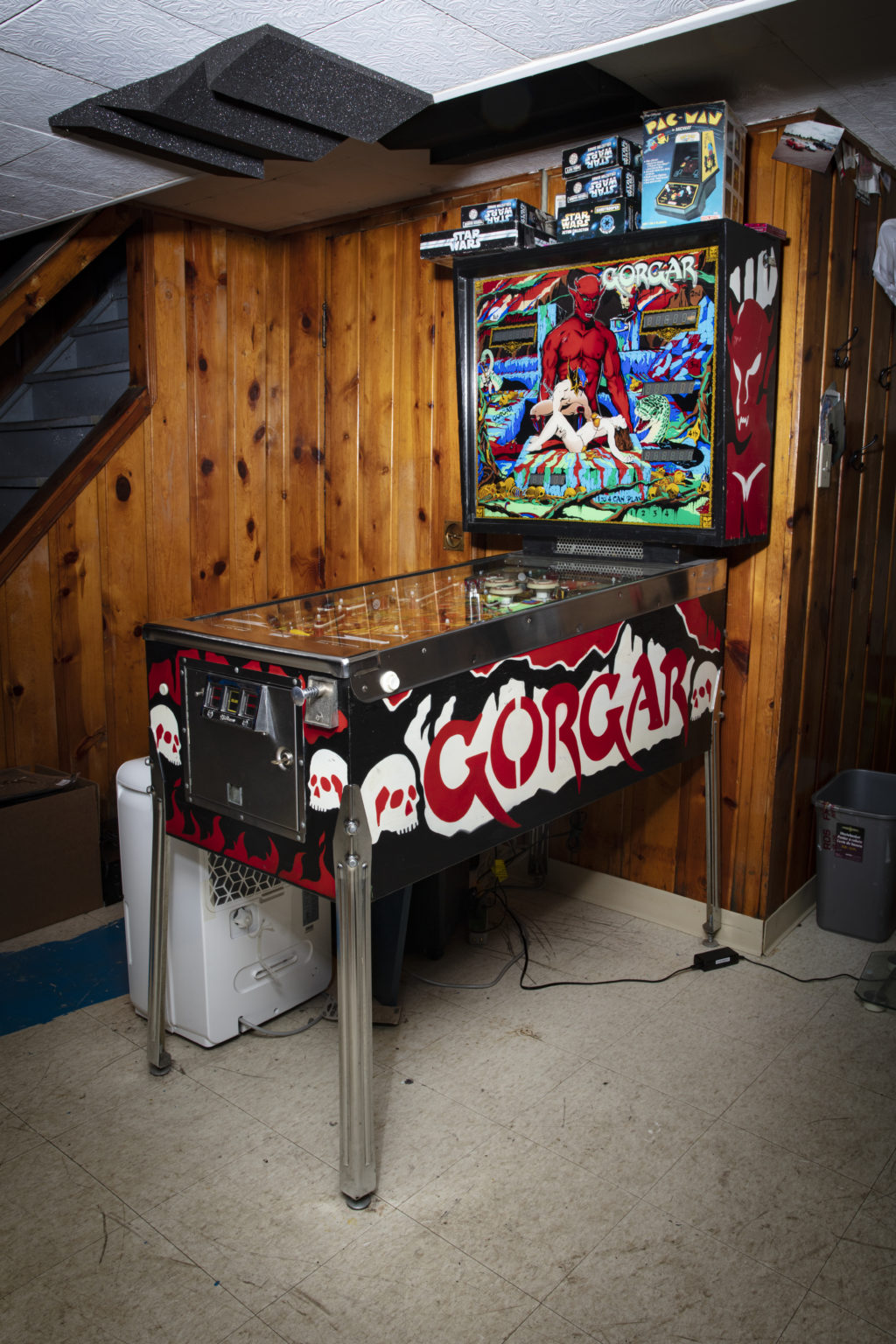 Return to “Pinball and Videogame Tech”